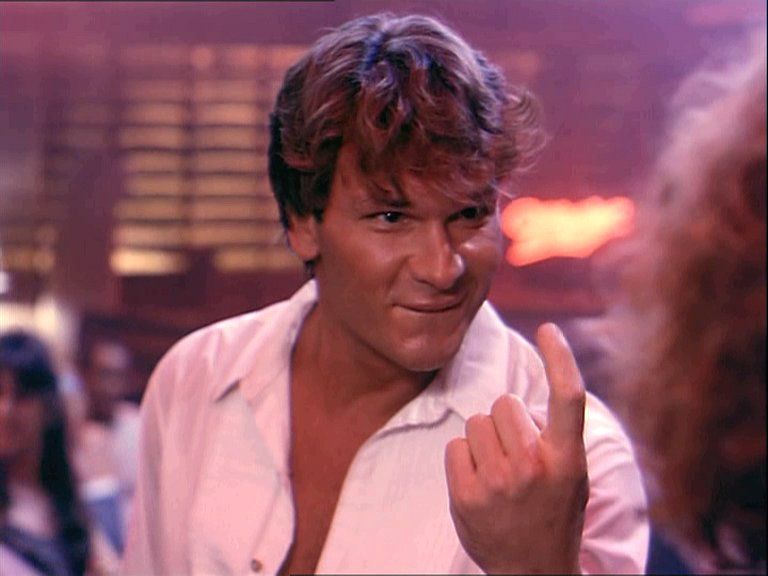 One of my favorite sexy male movie actor celebrity stars, Patrick Swayze, has been diagnosed with cancer of the pancreas. Dang! The good news is that Swayze’s physician, Dr. George Fisher states, “Patrick has a very limited amount of disease and he appears to be responding well to treatment thus far.”

On a serious note, pancreatic cancer can be very deadly, so it’s good to know that Swayze’s has been found early and that he is doing well with treatments. What is a pancreas, you may wonder? It’s an internal organ which lies behind your stomach, about level with the bottom of your rib cage. Click here for diagrams. The pancreas creates several things that are essential for digestion, including insulin and other digestion hormones and digestive juices. The digestive juices help to break down food into pieces that are small enough to be absorbed through the intestines. Thus, the pancreas plays a critical role in getting the body its nutrition. If the pancreas is removed, a person becomes diabetic and must take insulin shots. They can also take digestive enzymes as nutritional supplements. Sometimes, only part of the pancreas is removed. With or without a pancreas, you can survive.

What causes pancreatic cancer? Most forms of cancer have multiple possible causes and one of the biggest cancer-causers is cigarette smoking. However, alcoholism damages the pancreas, much as it does the liver. Patrick Swayze is a recovering alcoholic. According to a National Institute of Health report called “Alcohol-Related Pancreatic Damage,” “by-products of alcohol metabolism within the pancreas may damage cell membranes.” Cell damage leaves the cells more vulnerable to attack by cancer. The report continues by saying:

As the NIH report highlights, you need good nutrition in order to have a healthy body. A healthy pancreas is essential to enable the body to absorb nutrition from the food you eat. Once you absorb the nutrition and detox any toxins, your body is able to keep itself healthy.

Remember that positive thinking and laughter are both important tools in health, wellbeing, and recovery from cancer. They are also important tools for everyday happiness, so watch some great movies, laugh right out loud, get inspired by daredevil stunts and fabulous dancing. Release anything that does not make you feel good, and be your true self!

Find more information about alternative health and healing at get coaching with Heather.