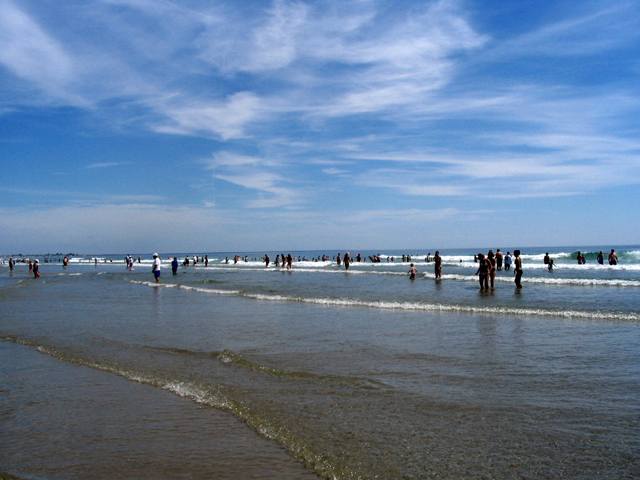 Apparently, there’s an email glitch going on right now, because I had sent a memo to Mother Nature saying that we were only to have rain during the nights, and that it looked like Fall was moving into position a tad early in the game plan and that she should get on it and whip things back into place.  Because I. Need. The. Sun. and. Every. Last. Ounce. of. Summer.  😀  Ahem.  Lol.

Why now?!  <whine>  Couldn’t these days of overcast and rain have waited at least a few more weeks?  Doesn’t she know how much I need to body surf, and that it takes until August to get the Gulf Stream going right so that the water is (for Maine) nice?  And the days hot enough to get warmed back up in the sun while lying on the sand grounding and enjoying the sound therapy of surf and happy people laughing and playing?!

And blue skies, and sunlight.  I’m totally solar-powered, and am already starting to hibernate, which isn’t so great for lowering my body fat.

I need to live in Hawaii or South Carolina or something.

Ya, ya, I hear Ya.  “Time for peace and restful inner reflection and healing withing the Mother’s bosom.”  I will attempt to readjust and recalibrate so as to do so fully.

“The other places don’t have days that are as long as summer days in Maine.  People get smaller, though more frequent doses of the same intense energy you really like during Maine Summers.”

Living in Maine, as much as I like it, is kinda manic.  Manic Maine Days, instead of the old Bangles song Manic Mondays.  It’s alot of one thing or the other, and a loooooonnnngggg wait for something different.  At least, that’s how it feels to me once Fall starts.

I have to say that we have had a *fabulous* warm season up until now, though.  It started early, rolled in gently and beautifully –the Spring flowers lasted a long time, the summer flowers came early.  I just don’t want Fall to be here already.  We are supposed to have a few days left of Summer, and I was really counting on them.