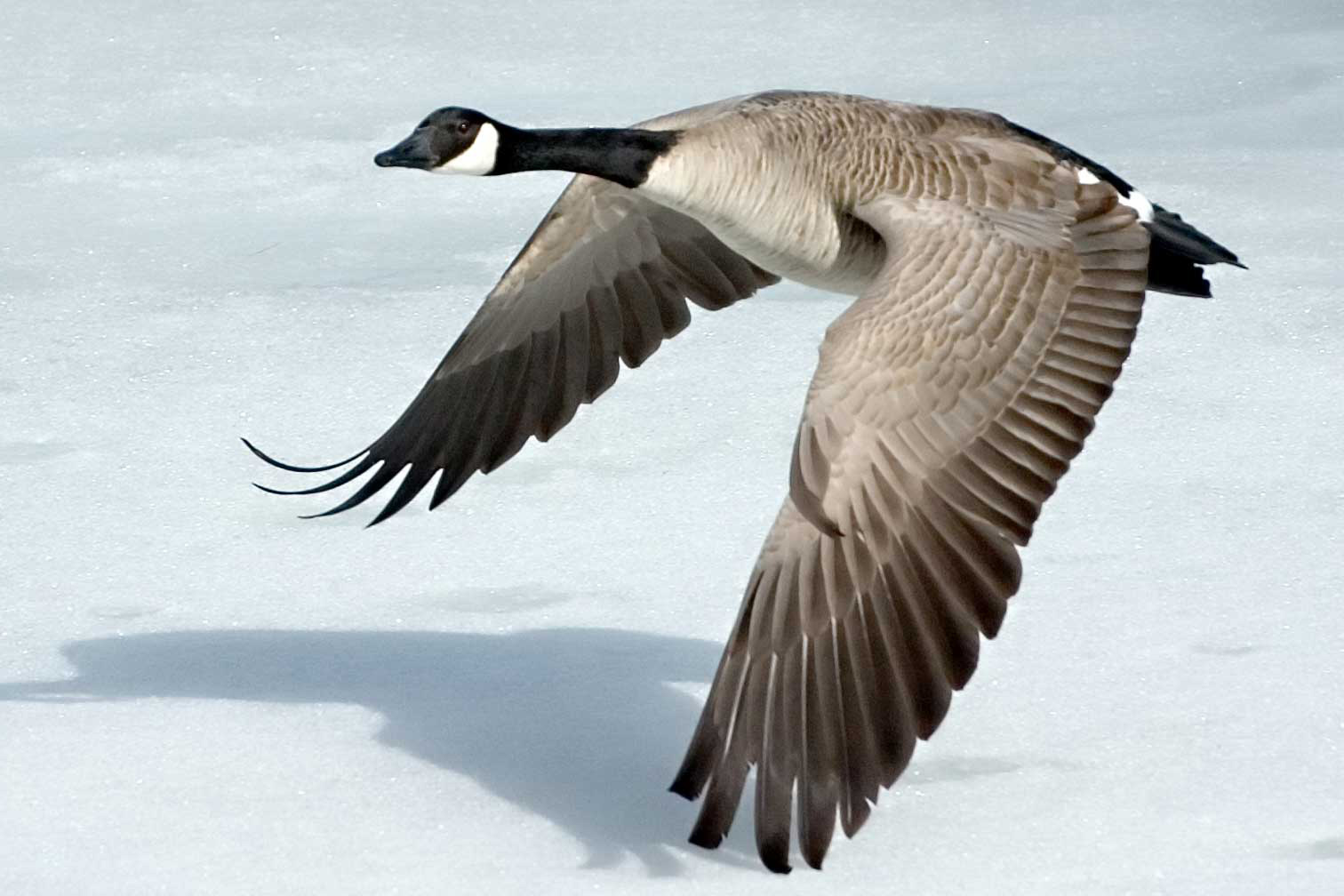 Are you thinking you should be on a quest?

If a goose shows up, it’s Spirit’s way of saying yes.

As I was asking myself some questions this morning, a large gaggle (flock) of at least 20 flew noisily and directly from East to West, giving me a very direct and specific answer.

Geese are about communication, about migrating from one place to another for the sake of survival and abundance, about fidelity and mating for life, about equal partnership in raising children, about using one’s energy in community to make the progress of all more efficient and companionable.  Geese protect one another, and take turns doing that so that they all have the chance to take care of themselves, too.  They are valiant, bold, territorial, and like tradition – a family will return year after year to the same place to raise children, grandchildren, great grandchildren, and so forth.  They fight to the death to maintain that territory, and will face even the most impressive and terrifying foes to do so.  A goose leaves an impressive amount of feces around, which is very slippery for people to walk through.  Watch your step when you are around a grazing gaggle!  The goose has excellent vision.  If one goose or many show up in your life, expect your physical and spiritual vision to improve.  Geese use their vision to protect themselves, their community, and to find sustenance and a good place to live.

A heads-up:  when geese show up in your life, take action on that quest, whatever it is.  One of the most heart-wrenching things I ever observed was a goose frozen into a lake, it’s mate circling it, honking, trying to get it unstuck.  Don’t wait too long to do whatever it is you need to do, especially if it involves migration.  That goose died.  It’s mate loved it so much that it stayed with it for days after it had passed, mourning it, calling it to come back to life.  The other geese in the gaggle had waited reluctantly in the beginning, but left when she died.  That means they left the mate behind, something they did not want to do, but which they had to do for their own survival.  I don’t know what happened to the mate, but his migration without his family was surely difficult if not impossible.  He did leave the spot eventually, but we had many storms shortly after.  The early storms were responsible for killing his mate – the gaggle had been sleeping on the lake, probably for protection, and were caught in a cold snap which froze the lake.  The ice was only thick enough for a goose to walk on, not a young woman.  I was tremendously upset that I couldn’t go do something to help the goose.  But if I had, I would have fallen through and frozen to death, too.  Horrible.

Moral of the story: act on the signs you get while you can – don’t get frozen in!  Fly!

Ted Andrews says in Animal Speak that the goose also represents breaking free from childhood restraints and becoming your own person, speaking your own mind, since goslings (baby geese) are very quiet at first and then gain independence.  Which makes perfect sense, since they need to hide from predators as babies!  But then, as they move about and gain mobility and the ability to fly, they speak their minds and move independently, while still being very much a part of a family.