Breakdown on Barbies for Daughters 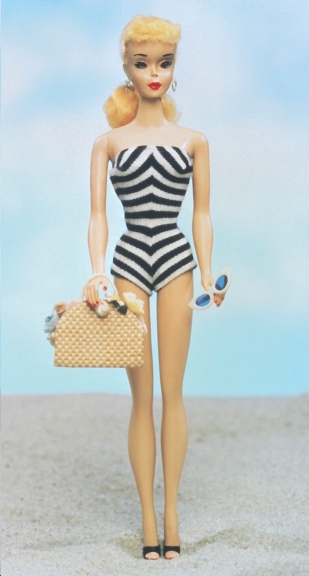 Here’s my response to a Facebook discussion of whether or not to give Barbies to kids.  Some people were very uncomfortable with it, and the mother in question was really struggling against it, but her 2 and a half-year-old very girly daughter was begging her for them:

Barbies are everywhere. Unless you screen all her friends and only let her play with kids who don’t have them, she will be playing with Barbies. If you let her have Barbies in your own home, you can monitor her play and work on any issues that come up, whereas if she’s at a friend’s house, you’ll never know and never be able to do anything about it. I speak from experience; my mother also thought they were inappropriate for a young child, refused to get me any or allow anyone else to give them to me, and then gave me one on my 13th birthday. Ya. Super appropriate. I was embarrassed beyond belief. My cousin still brings it up, 3 decades later. I’m sure you wouldn’t do anything like that 🙂 And it was completely ridiculous because I played with Barbies every day with my friends. All it did was make me feel left out and uncool. They had Barbie playhouses, Ken, cars, clothes and shoes out the wazoo….
I think Barbies are partly about self-expression — it’s fun to dress up adorn yourself. I think the important issues are, as you indicate, being cool with your body and being fine with how other people’s bodies are, owning your own power, being a woman of strength, enjoying yourself, being kind to others and yourself, and knowing that you can be feminine and strong and capable and independent and loving and have healthy relationships all at the same time. As parents, it’s important to let our kids be who they really are because they bring unique gifts to the world and to us as parents. If we subvert who they really are, we miss out, the world misses out, and our kids end up twisted and only partly themselves. Give your children permission to like themselves the way they are, try to understand and appreciate them, and you’ll be amazed.