Be A Ray of Sunshine 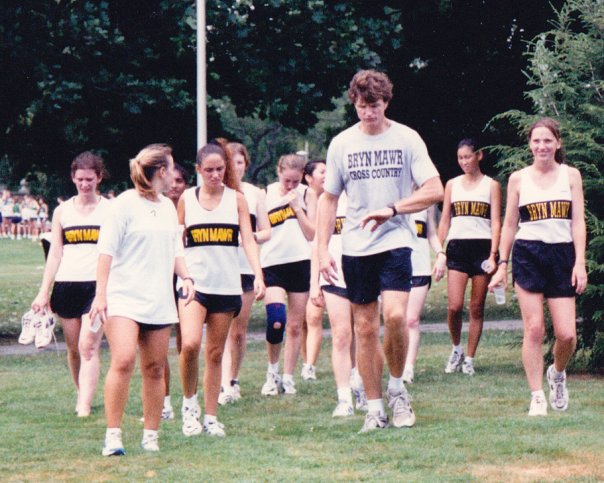 Someone I know committed suicide a week ago.

Ray Tharan.  He was a man who 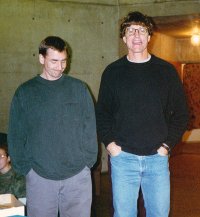 brought much goodness into people’s lives, including mine, at times when we really really needed it. I hope that you’ll do the same for those in your life, even those who only cross your path briefly.  The good you do, even if you don’t see the outcome, can be immeasurable.  You can save someone’s life, and in doing so, save the world.  And please remember, that even when we ourselves are healers, we’re human, and sometimes we need others to heal us, too.  So ask.  It benefits those who help in return, too.

I first heard about Ray’s passing through a fellow alum’s blog posting via Facebook.  It is great — entitled “Don’t Go.” Here are a few snips of it:

You are important to someone. Even if that person is too little to say it to you yet. Even if you haven’t talked to that person in years. There is someone who will never recover from the you-sized hole you leave if you go…..Don’t go.

This post is for my friend Ray, who went.

I was totally moved when I read this, but had no idea that I knew the Ray it was for.  Then, I discovered it was about the Ray who brought sunshine to my life when I was deeply sorrowed by the loss of my favorite great uncle, and a number of other things.

Regrets?   How not to have them:

Someone who knew Ray better than I shared that “Ray had double knee replacement in May, and ended up with infections and complications.  It was a slow recovery, and he needed more surgery.”   She knew that he was depressed and struggling, and feels guilty for not having done something.  I wrote her an email:

Thanks for shedding light on the circumstances.

My favorite uncle committed suicide while I was at Bryn Mawr, one in a string of events that led me to take time off.   He was elderly (he was actually my great uncle) and had complex, long-term debilitating, life-miserating health complications.   Some of my relatives, particularly my grandmother, were really angry with him and very very upset about the suicide part, felt it was selfish, etc.   I was really upset about the dead part.   My face swelled up and I couldn’t stop sobbing.   Part of the reason he killed himself, in addition to being miserable and knowing he definitely did not want to live in a nursing home (his first and very beloved wife did, and deteriorated and it was just awful — he lived at home but spent every single day for years with her, and it was even considered to be a good nursing home), he wanted to make sure that his house and enough money to live on went to his second wife.   He didn’t want the financial resources she needed to live out her days decently to be dissipated caring for him when he didn’t want to be here anyways.

I was sorry for my grandmother and grandfather to have found him and to have had to handle his body.   But it wasn’t a surprise.   He’d been trying for a long time.   This I didn’t find out until he was dead.   Had I known, had people not been trying to “protect” other people (really themselves) by hiding the truth, I could have called more often, visited more often, sent cards, told him I loved him.   *That*, like you, I truly regretted.   I didn’t know he was so sick, I didn’t know he was so miserable, I didn’t know he wanted to die.   I lived in Pennsylvania, he lived in Maine.   It wasn’t like I was some jerk who didn’t care — I cared deeply, but didn’t have access to the information that would have changed my actions.

So, between his death, and the sudden and the slow deaths of other family members and good friends, I’ve learned never to let a moment pass when I feel the urge to tell someone how wonderful they are.   The only thing that can be damaged by this liberal application of goodness is my image in their eyes.   So I do it frequently.   We all need to know we’re loved and appreciated.   Our spirit is just as important to our continued living as the meeting of our physical needs.   And since they’re all connected, we have to find ways of taking care of both.

We can’t undo the situation with Ray, and we can’t save everybody all the time, but moving forward, we can take action as a community of friends when we know something is wrong for someone.   Even just a few kind words can be more helpful than we can imagine.

But it was Ray’s choice.   You can’t stop someone when they’re determined.   He wasn’t making a botched attempt / cry for help like Rachael’s friend.   He just plain did it.   We all have Free Will.   And there may be circumstances we aren’t yet aware of that led him to be sure he wanted to go.   Sometimes people are muddled and make what from the outside seems to have been a bad decision.   Sometimes people’s rationals are actually reasonable.   It’s their choice.

If Ray had died from infection, or a blood clot, we’d still be in mourning, but not feeling guilty.   Let’s sit down with ourselves and figure out what we want to do differently the next time we see someone who looks unhappy, the next time someone we love indicates things are not well.   Let’s be open to knowing what’s going on with people, be sensitive even when it’s inconvenient.   Let’s forgive ourselves but be open to the lessons and apply what we’ve learned.

I’m just now realizing how important Ray was in my life.

I was totally intimidated by his height.   He was a hugely tall, beautifully athletic man.   He was always warm, friendly, encouraging, and greeted me with a smile full of sunshine that beamed down at me and warmed my day, no matter how bad it was.  I’m 5’2″, and I think Ray was the tallest man I’d ever met at that point, maybe 8’10” or something — I have no idea how tall he really was, I was just intimidated.   He was like the Jolly Green Sunshine Giant to me.  I’d gone to Bryn Mawr, a women’s college, for a lot of excellent reasons, but also partly because I was escaping an abusive father and family.  I was struggling with this at the time, and not 100% conscious of all the issues.

I didn’t realize until today that Ray helped me through my fear of men.  Plain and simple.  It was little things: a smile, a nod, cheering for me (and everybody else) at fieldhockey games.  I knew I was completely safe in his presence.   He was gentle in spirit with me.  I never felt awkward or uncomfortable or exposed around him.  Even with that, though, I kind of avoided him.   I really liked him, but I guess subconsciously I still felt too unsafe.

Maybe on some level, Ray knew this.  He was always kind to me, for which I was truly grateful at the time, and even more so now that I realize its impact.

Many of us are deeply feeling and regretting the loss of Ray.   There’s a wonderful Facebook group for Ray where people are sharing pictures and memories of him.

Here’s what a few other people are saying about Ray:

…a memory I have of Ray at a swim meet. Deborah was having an asthma attack…. pretty bad. Ray was over to her lane in two seconds flat, scooped her out of the water as if she weighed ten pounds, and took her to the infirmary. Once she was in his arms we know she was okay.

Ray touched the hearts of many. If only he knew just how much…….

Ray told me once that we all needed to exercise and take care of our bodies,because we can. Because we are not stuck in a wheelchair or paraplegic and we owed it to people who were to be doing the things that we are capable of.  This lesson, of doing what is right because I am fortunate to have the opportunity is another Ray-lesson that I try to live by.  I’ll miss Ray dearly and will think of him often (as I usually do) when I’m struggling though a little 2-mile run and telling myself  “Come-on Mare, Bust!”

I’ll echo the sentiment that he took us, as women, and our chronically losing Division 3 team very seriously. We were in shape and like the Bad News Bears, could run any team into the ground and scramble around for a win or two. 13 years after graduating I am still confident in my weight lifting and fitness, because I had a remarkable early influence in Ray. He was so dedicated and never belittled or blew off anyone; when looking back I wonder how he could have taken me seriously freshman year – overweight, out of shape, and I wanted to play college sports???

He was such a positive & good natured force.

I’ve always said that Ray is the only trainer I’ve ever worked with who took women’s bodies seriously. He just had this amazing faith in what our bodies were capable of, and he projected that faith onto our 18-22-year-old selves. He taught me to feel proud of my strength and to put an enormous amount of value onto what my body could do, and I just feel hugely grateful to have had this person in my life. I learned so many things from Ray, from things as small as weightlifting form to as crucial as knowing how far I could push myself. Ray was someone who enabled and facilitated athletes to really explore and learn the outer limits of our abilities, and that was Ray’s talent and amazing gift to every athlete who was fortunate enough to work with him.

I never played a sport at Bryn Mawr, and I’m not an athlete. But I did plenty of exercising in the fitness center, and Ray always took me and my body seriously. He treated me like I was an athlete without expecting me to be one.

He was kind, hilarious and a serious motivator.

He brought out the best in me as an athlete and a person and I am forever grateful to him for that. He will be greatly missed.

…all the wonderful things about Ray. He truly was a someone who brightened my day no matter how bad things were. He had something special about him that made everyone feel at ease. He also knew how to make others realize their own potential, and help them reach it; not only through weight-lifting, but far beyond. His smile was contagious and his “hey bud” always brought a smile to others faces.

Ray helped me tremendously, especially during my senior year, and I was so happy to have him at our indoor and outdoor track and field conferences. You always felt like Ray’s cheers were the equivalent of 10 people’s cheers. Bryn Mawr has lost an amazing and wonderful spirit; someone who understood, appreciated, and constantly praised the Bryn Mawr Scholar / Athlete. I am sure that we will all remember him for his love, kindness, and great big smile.